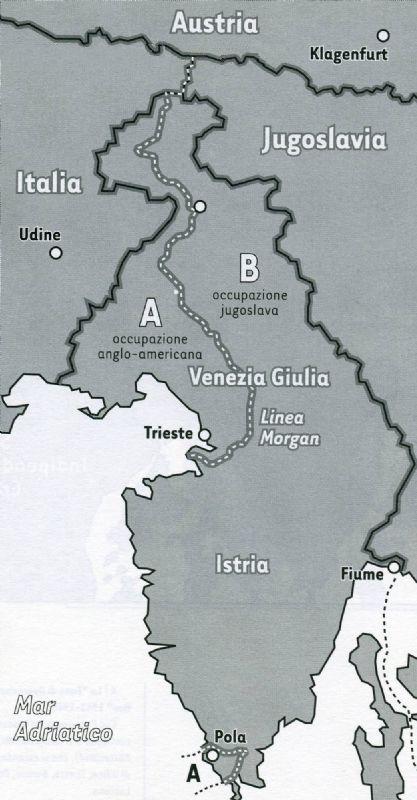 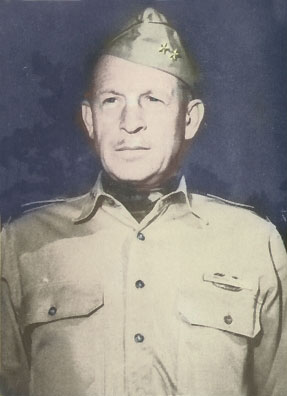 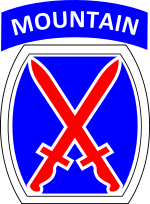 The 10TH MOUNTAIN DIVISION was replaced by 34TH INFANTRY DIVISION as you can read in this article below. 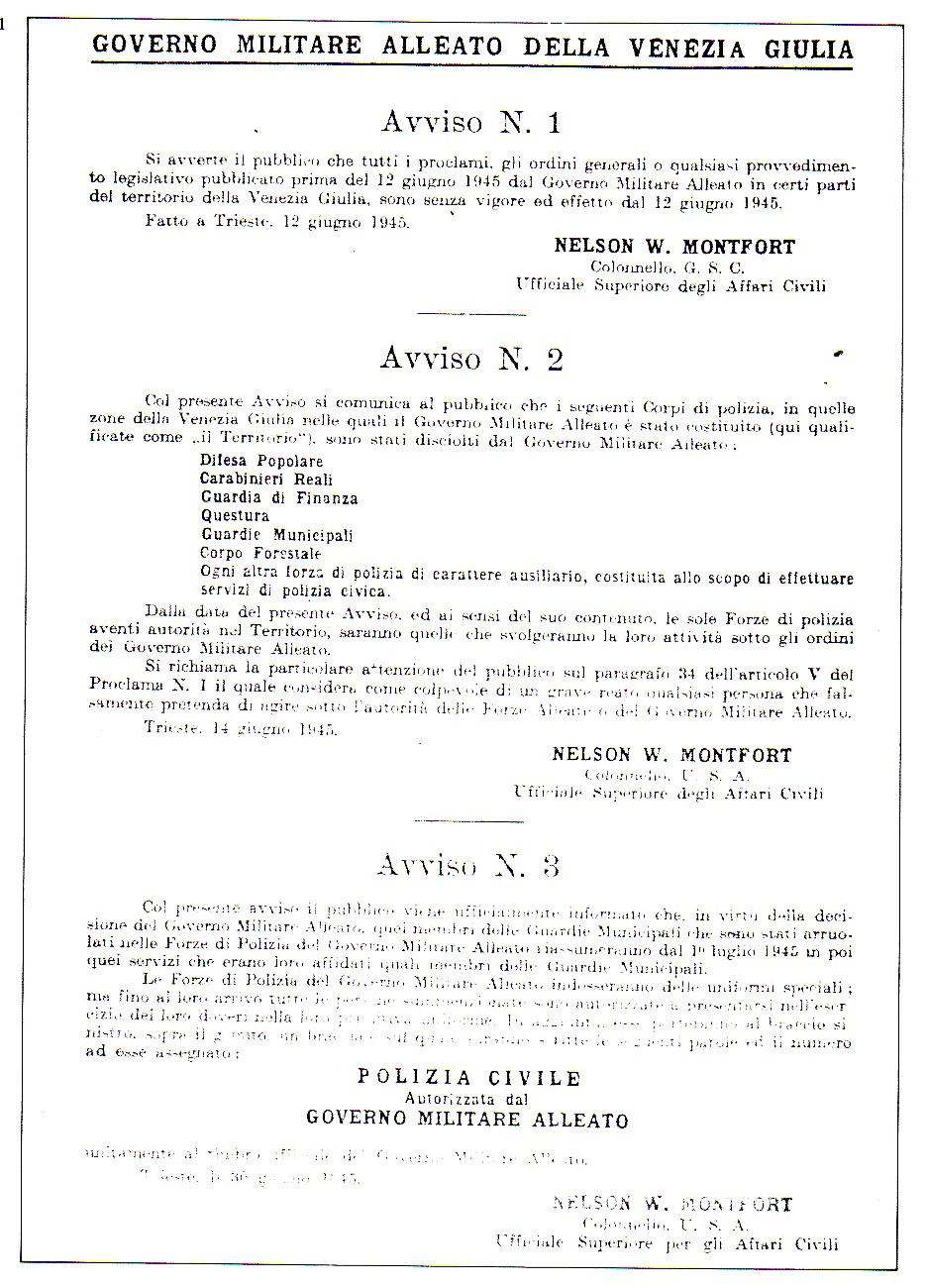 The 34th Infantry moved to the Venezia Giulia as follows (after 14th July, exact date not known):

After an initial period with the New Zealand troops the 133rd Infantry Division of 34th Infantry "Red Bulls"  moved by rail and truck to NorthEastern Italy in the vicinity of Udine where training, education and recreation programs continued in line with guard duty assignments in Trieste, Pola, Gorizia and along the Morgan line. (Below find a documentary regarding the 34th Infantry) 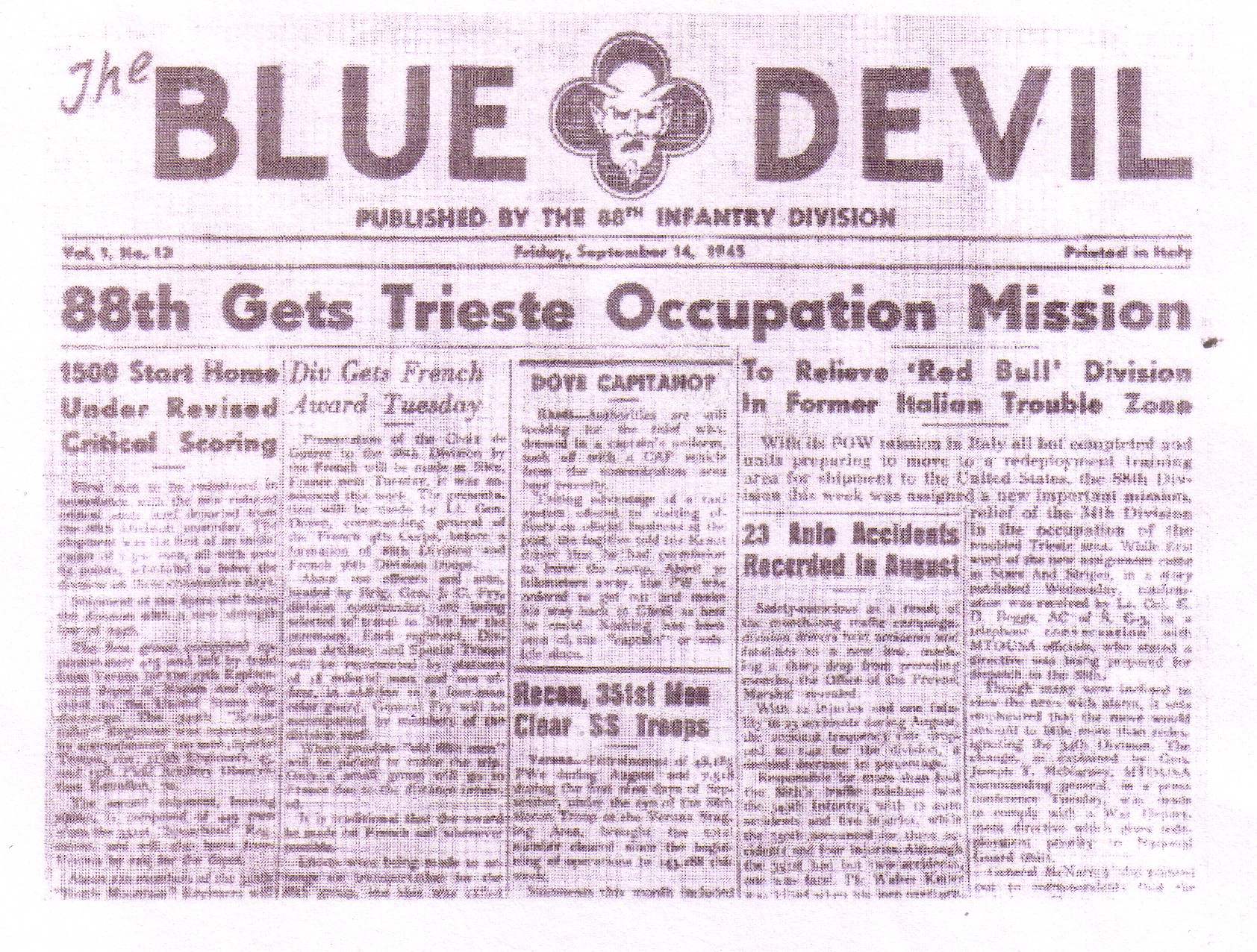 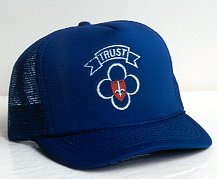